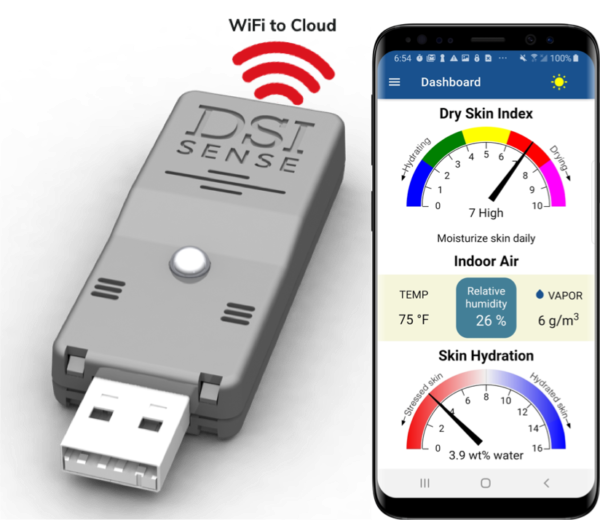 We helped take DSI Sense from Dermedia to production. Building a full stack production ready device is indeed a challenge. Dermedia had started working on the PoC pre-pandemic. The hardware prototypes were ready, however firmware and software challenges were still ahead.

We also built a manufacturing tool to aid production of the first batch. Dermedia is gearing up for it’s first launch and we are keen to support them with more fixes and features.

This is yet another product built using the BuildStorm AWS IOT solution. The platform reduced the entire product development time by 3-4 months. The main focus was on application development as the BuildStorm platform took care of AWS core functionalities like device provisioning, shadow updates, MQTT data ingest and OTA using AWS jobs.

DSI-Sense is an app for skin care, it keeps track of the skin’s indoor drying stresses in order to help with skincare. This is made possible with the aid of a DSI device sensor, with which the app connects through Bluetooth (BLE) and the Internet of Things (IoT) cloud.

The app analyses the information it receives from the sensor on the smartphone and, based on the findings of the analysis, advises the user to take good care of their skin.
For example, it will notify the end-user to use a ceramide-based moisturizer when a predetermined threshold is reached.

The Ionic Cordova framework was used to create the Progressive Web App (PWA) for the DSI-Sense app.
The PWA framework was chosen so that the codebase could be reused on any platform that supported it. In this example, the codebase is shared by the Android and iOs platforms.
Using this framework has decreased the effort required for development while also conserving resources for the client.

The use of native APIs, in this case, the Bluetooth (BLE) API, was the biggest difficulty we ran into during the development process, but we were able to overcome it and make it possible to implement our unique algorithm.

The app is available to download from Google Playstore and Apple’s AppStore. 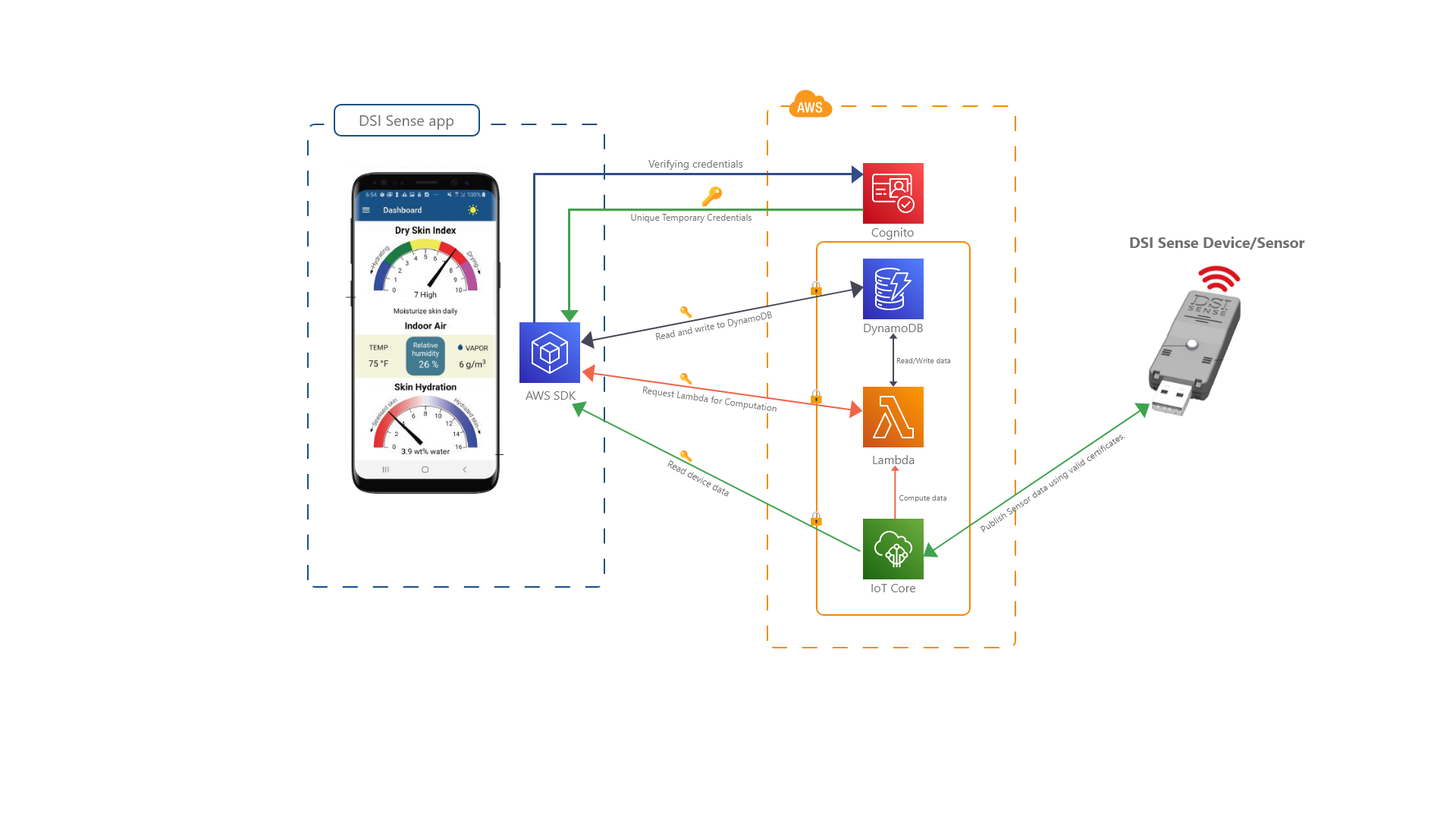 The DSI sense application is a server less application, meaning it doesn’t utilize a conventional server.
For its server less operations, it makes use of the fantastic AWS cloud services.

The following services are included in AWS server less operations:

We chose the server less architecture since it will be simpler to manage the application,
we won’t have to worry about scalability, and it will also lessen the vulnerability of the systems.

We continue to build and support the app for new features and functionality. We are excited to see the devices going into production and eventually to the end users.